Are you looking for some fantastic LEGO castles? Maybe a a great looking medieval village? Or perhaps just for a heroic knight minifig or a valiant LEGO king?

There is plenty to choose from if you want to take your Legos back in time and experience exciting raids on the King’s Castle or daring jousting tournaments between the fearless LEGO knights.

LEGO has created the LEGO kingdoms and a lot of other brick sets than can spark your fantasy and creativity and quench your thirst for Medieval battles.

There are many great building set from LEGO, but you might want to build your own Kingdoms King’s castle or other medieval buildings.  What wonderful fantasies can be had with a castle building or other fantasy ideas like one of these. 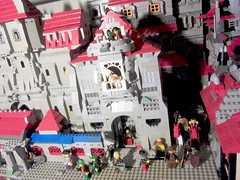 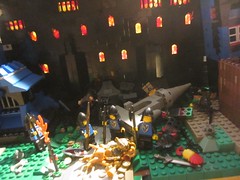 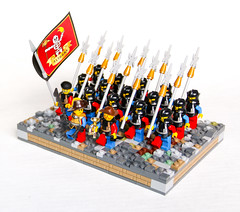 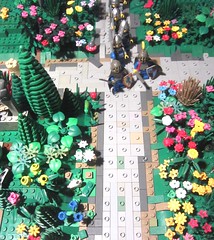 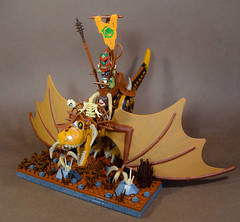 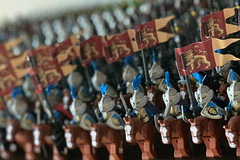 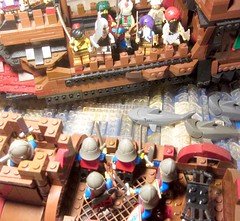 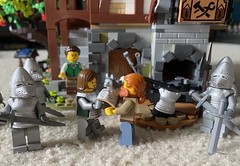 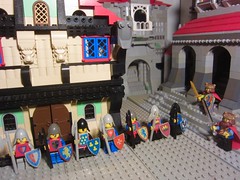 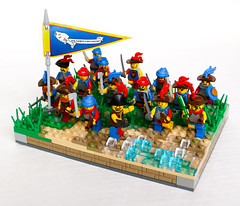 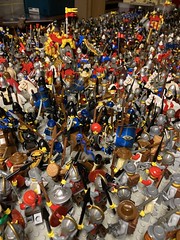 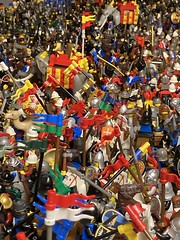 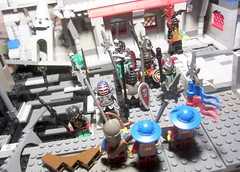 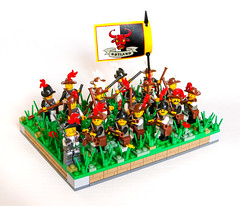 Form up! Move out! Ride now to Helm's deep!

Form up! Move out! Ride now to Helm's deep!

You can also find great castle sets on Amazon, many of these collections are destined to become a classics. Catapults, drawbridges, Kings and soldiers are all included in this magical castle building set. Add the rescue carriage used by the King’s knight to rescue the kidnapped soldier. The black unicorn that pulls the carriage adds to the magic of the castle set.

LEGO has released many different castle sets over the years. If you are a collector and you are looking for some of the more older models or if you are wanting to give someone a truly unique LEGO present then you can find get lucky and find some nice deals on deals on eBay. You can even find some cheap deals once in a while.

A good castle is worth nothing without some valiant fighters to proct it. Get mounted knights or brave soldiers in minifig version.

You can also get a unique looking Queen or a King with a fabric cloak. And then there of course is the wicked LEGO witch and the mysterious wizard. All ready to participate in your LEGO battle.

The Prison Carriage Rescue is part of the LEGO Kingdom collection. The King’s knight in shining armor will use the carriage to rescue the King’s soldier. The prison carriage is drawn by a black unicorn that adds to the make-believe world and encourages your child’s imagination to continue on with many more stories.

The set includes the Dragon Knight prison carriage that is pulled by his black unicorn.
Included in this set are 3 minifigures: 1 King’s army solider, 1 King’s knight, 1 Dragon Knight soldier

The castle alone is not going to do it if you want to create a complete Medieval LEGO world. You need a marked place and of course the blacksmith.

These Medieval village brick sets look very authentic in a LEGO kind of way and it would look quite impressive lined up outside the castle gates.

If you are invading a LEGO castle you need a LEGO siege tower, if you are a knight in peace time, you need a jousting range to practice.

There is not the piece of extra equipment and buildings you can not get to accompany your Medieval time LEGO fortresses, fortifications and castles.

What is the best LEGO Kingdoms and castle set in your opinion?

Model Airplane Kits for All Ages

Hi, and welcome to my blog. If you like what you see please share it with the world. You can learn more about me here and you can contact me here.
Popular
Recent
Everything You Need to Know About Classic Cars 0 comments
Tool Shed Plans And The Benefits Of Building It Yourself 0 comments
Plans For Playhouse 0 comments
BABY TREND SIT STAND STROLLER 0 comments
Energy Conservation Ideas 0 comments
How Whole Foods Living Changed Our Lives 0 comments
My Transition from “Party Diva” to Stay at Home Mom of 7 0 comments
Everything You Need to Know About Classic Cars May 27, 2020
LEGO Kingdoms – Great LEGO Knight, Castles & Other Medieval Inspired Sets May 22, 2020
Lego Star Wars Sets: A Great Collector’s Item And Just Great Fun May 18, 2020
Model RC Airplanes Hobbies April 5, 2020
Model Airplane Kits for All Ages April 5, 2020
Best Lego Sets For Kids April 5, 2020
Homemade and Natural Skincare Recipes December 1, 2019